Ever After is the Tri State Areas Up and Coming Wedding and Event Party Band. Singers Bryan Hansen and Kim Boyko are no stranger to the East Coast music scene. Kim Boyko is an accomplished singer songwriter with a youtube channel called, ‘Singing With Kim,’ which has seen hundreds of thousands of views worldwide. Bryan Hansen Band have been featured on WBLS NYC and have released 4 studio albums of all original music since 2009.

Ever After also features William Blakey on Bass Guitar, Cwan Merritt on Drums, Dennis Nanton on Keys, and a stellar horn section. Each member of the group has an extensive performance and music education background.

Lenny Green of WBLS explained Hansen’s voice as ‘Blue Eyed Soul.’ Both Bryan and Kim have such a unique vocal chemistry that they are able to adapt to any style of music.

Whether you’re looking to find the perfect band for your wedding or willing to liven up your next corporate event or party celebration, Ever After is ready to make your next event legendary. Check out their 12 song video. 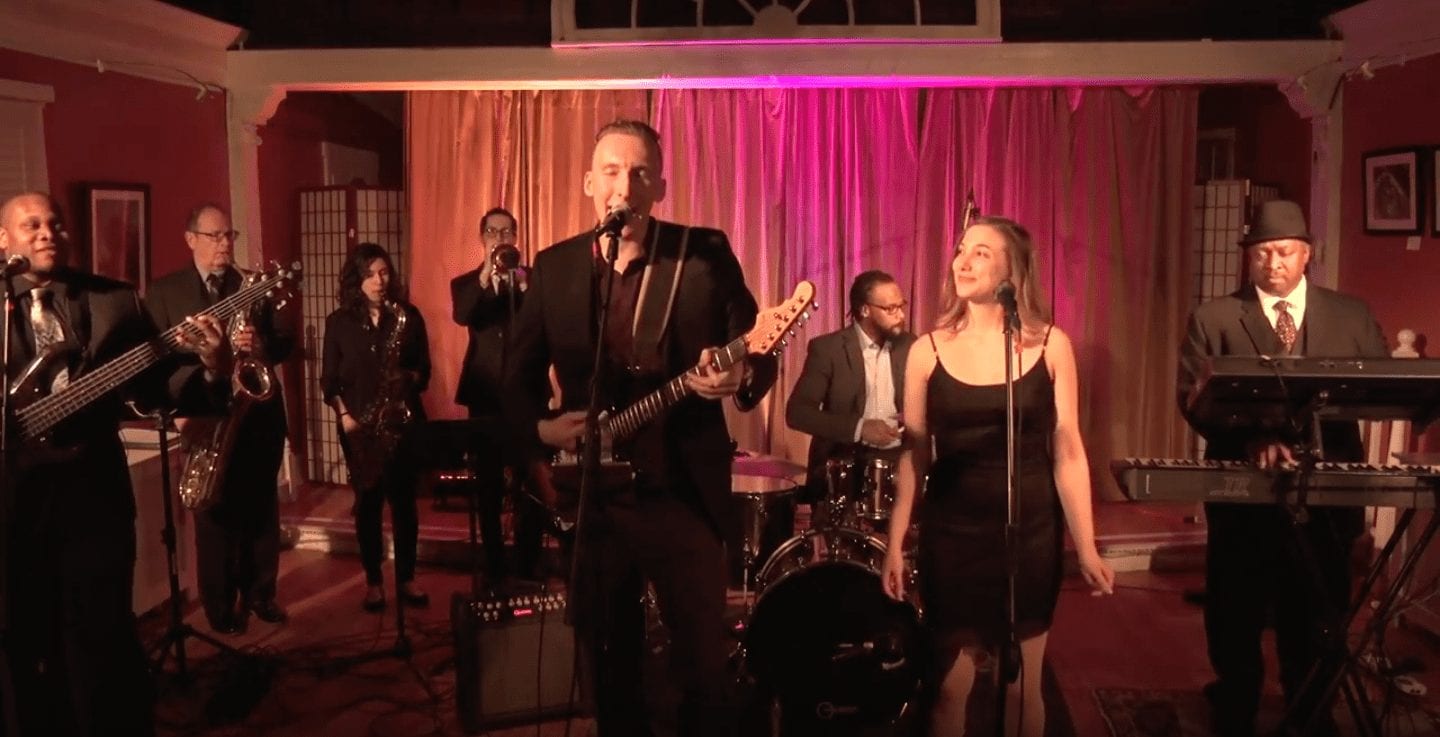 DOWNLOAD FULL SONG LIST
Contact Us today about having The Ever After perform at your upcoming event in the NJ, NY, PA, CT areas as well as any destination event.