Hey Bulldog is a diverse group of musicians from the New Brunswick, NJ area who joined together as part of an “open jam” to play songs by The Beatles on John Lennon’s birthday (October 9th) in 2004.

That evening inspired yet another “Beatles Night,” then another, and soon the informal jam sessions became a steadily gigging act. Within 6 months the band was filling bars and restaurants all over the Central New Jersey area.  While Beatles fans have no shortage of options when it comes to tribute bands — especially “Beatles experience” shows, where the performers don mop-top wigs and period guitars to pay tribute to the Liverpool legends, Hey Bulldog likes to make it clear that they are definitely not a “tribute” act.

Guitarist/singer Pete Horvath, guitarist/singer Tommy Strazza, bassist/singer Gerry Rosenthal, drummer/singer Jeff Fernandes, and singer/percussionist Pat Bridge are just five musicians playing with as much creativity and passion as possible, and whose backgrounds in rock ‘n’ roll, hard rock, psychedelic and improvisational rock are at the core of their Beatles cover performances.

Over the past 10 years together, Hey Bulldog has regularly specialized in many different events such as weddings, birthday and anniversary parties, town fairs, and bar and restaurant venues.

Though the band has been known to play precise album segments in order, such as Abbey Road, Revolver, and Rubber Soul, the band’s main objective is to keep audiences on the dance floor, with set lists and extended arrangements designed to adhere to the original performances while infusing them with modern energy.

Paying certain homage to the Fab Four’s early performances at The Cavern in Liverpool, Hey Bulldog does not quit until every man, woman, and child is up and celebrating the greatest music ever written. 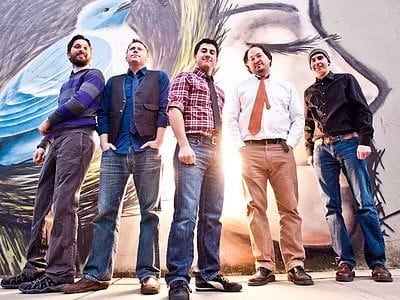 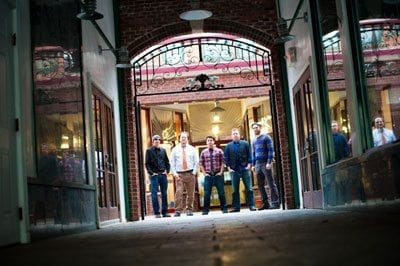 DOWNLOAD FULL SONG LIST
Contact Us today about having Hey Bulldog perform at your upcoming event in the NJ, NY, PA, CT areas as well as any destination event.